Rebecca:
Hey everyone Happy New Year!
2019 was a pretty epic year in hindsight.
I hit 1000 followers on my review blog - Read It Review It.
I doubled my reading goal. I became PA for one of my favorite Authors. I was involved in putting together the rerelease of my favorite book of all time. I traveled to Indiana for the first time ever and spent two weeks with Author Amber Lacie and her amazing family. Won VIP tickets to TalkBooks and got to meet the wonderful Willow Winters. Discovered many talented new to me authors.

Maybe the greatest part of the whole year,
I joined forces with Jackie and Kaylee from
Fire and Ice Book Reviews to create Adventures in Ink.

Favorite new to me Author:

C.M. Stunich is a self-admitted bibliophile with a love for exotic teas and a whole host of characters who live full time inside the strange, swirling vortex of her thoughts. Some folks might call this crazy, but Caitlin Morgan doesn't mind - especially considering she has to write biographies in the third person. Oh, and half the host of characters in her head are searing hot bad boys with dirty mouths and skillful hands (among other things). If being crazy means hanging out with them everyday, C.M. has decided to have herself committed.
She hates tapioca pudding, loves to binge on cheesy horror movies, and is a slave to many cats. When she's not vacuuming fur off of her couch, C.M. can be found with her nose buried in a book or her eyes glued to a computer screen. She's the author of over thirty novels - romance, new adult, fantasy, and young adult included. Please, come and join her inside her crazy. There's a heck of a lot to do there.
Oh, and Caitlin loves to chat (incessantly), so feel free to e-mail her, send her a Facebook message, or put up smoke signals. She's already looking forward to it.


This Series is by far the best bully story I've read to date! Everything I read from this point on will be measured by these books. It grabs you from page one and draws you into their world. These characters are fierce! You never know who can be trusted. Dang the Bad Boys!!!


If you haven't read them GO GRAB THEM!


Break the new girl. That should be easy, right?


No, Marnye Reed is going down, and we plan to make a spectacle out of it.


Let’s see who can make her fall in love first.


Take on the filthy rich boys.


They’re the idols of the school, veritable gods on earth.


These guys are nothing like the ones at my old school.
I might come from nothing, but I’m determined to be someone, and I won’t let them get in my way.
They say they’ll make my life a living hell; I think they mean to keep that promise.
***FILTHY RICH BOYS is a 97,000 word reverse harem/mature high school bully romance novel. This is book one of four in the series. Contains foul language and sexual scenes; any sex featured is consensual.

The Secret Girl - Adamsons All-Boy Academy book 1
Shh, I have a secret.
The sinfully gorgeous members of the Student Council—Church, Ranger, Spencer, Micah and Tobias—can't ever find out.
I already get picked on because my father's the headmaster.
I don't need them to know I’m the only girl, too; I’d rather dress like a boy.
Adamson All-Boys Academy now has its only female student, but I'm not about to be their guinea pig.
Not when there's a secret at this school, nobody is talking about. Not when the last female student here ended up dead.
***420 pages in paperback
***THE SECRET GIRL is a 90,000 word lighthearted reverse harem/high school bully romance novel with a mystery/suspense twist. This is book one of three in the series. Contains foul language and sexual scenes; any sex featured is consensual.
Totally unique plotline. Filled with mystery and suspense. Lots of laughs from the great banter. A total twist on the typical HSB trope.

HaVoc at Prescott High - The HaVoc Boys book 1
There's one word you don't utter at Prescott High, not unless you want them to own you.
H.A.V.O.C.
Hael, Aaron, Victor, Oscar, and Callum.
The Havoc Boys rule the hellhole we call Prescott High.
Once upon a time, they ruled me. For an entire year, I endured their shit.
But senior year is going to be different.
This year, I own them.
I’ve made a pact with the Havoc Boys to get the vengeance I deserve.
Their price? Me. At their beck and call, in their beds, a part of their gang.
Their girl.
A Havoc Girl.
Those dirty, rotten boys are going to get revenge against everyone that’s wronged me—everyone but themselves.
HAVOC AT PRESCOTT HIGH is a 118,000 word mature high school/new adult romance with enemies-to-lovers/love-hate themes. It has brief flashbacks of past bullying incidents as well as foul language and sexual scenes; any sex featured is consensual. This is a reverse harem novel, meaning the main character has more than one love interest. This is book one of three in the series.

It is a bit darker than Burberry Prep & Adamsons Academy, it's rough & gritty. But H.A.V.O.C. damn! This Author writes amazing multidimensional characters that grab you and won't let go. #HAVOCGIRL #WhyChoose

5 of her books made my most anticipated reads for 2020

Rich Boys of Bornstead U - Continuation of Burberry Prep

Very Bad Wizards - The Wicked Wizards of Oz book 1
~a Wizard of Oz RH retelling~
~The Wicked Wizards of Oz~
My little dog, Toto, just shifted into a man. A gorgeous, chiseled beast of a man. That was about thirty seconds before the storm hit and he clutched me against his naked body while wild winds raged all around us.
Yeah, we're seriously not in fucking Kansas anymore.
There are male witches with toothy smiles, a man with a tin arm, and some wizards. Some very, very bad wizards--and they're all interested in me. Romantically. How ... interesting.
Oh, and then there's Dorothy, the girl who's claiming that she's the good guy, and I'm the bad one, all because the power to control storms sleeps in my fingertips.
My name is Ozora, Oz for short, and I'm a girl from nowhere, destined for somewhere.

Most anticipated anthology of 2020:


Allison and the Torrid Tea Party: (Harem of Hearts Book 2)

The "Harem of Hearts" series -- full-length reverse harem/new adult/dark romance novels, a gritty retelling of "Alice's Adventures in Wonderland". Don't expect a children's tale; these characters are nothing like their more innocent counterparts. This book contains: drugs, cursing, violence, sex ... and love found in the darkest shadows.

Conclusion:
I read many really good books this year. I have to thank C. M. Stunich & Burberry Prep they opened up two brand new genres to me this year, High School Bully Romance (HSB) and Reverse Harem (RH). What do I do when I find something that I like? BINGE! and that is just what I did. I couldn't get enough and there seems to be an endless supply.

It branches out to PRN Academy and Dark Bully... I have just started down that rabbit hole.

I have met so many talented new to me authors this year that I didn't even get to them all. My 2020 TBR is going to be jam-packed with throwback reads I have so much catching up to do!

Who was your top author this year?
Do you enjoy HSB or RH stories?
Have you read any C. M. Stunich books?
What did you think?

Disclaimers -
*Whenever possible we try to use authors' direct branding. Those graphics are the sole property of the author.
*I am an Amazon Affiliate and earn commission on purchases made through affiliate links.
*All of the books listed above can be read for free
with Kindle Unlimited at the time of this post 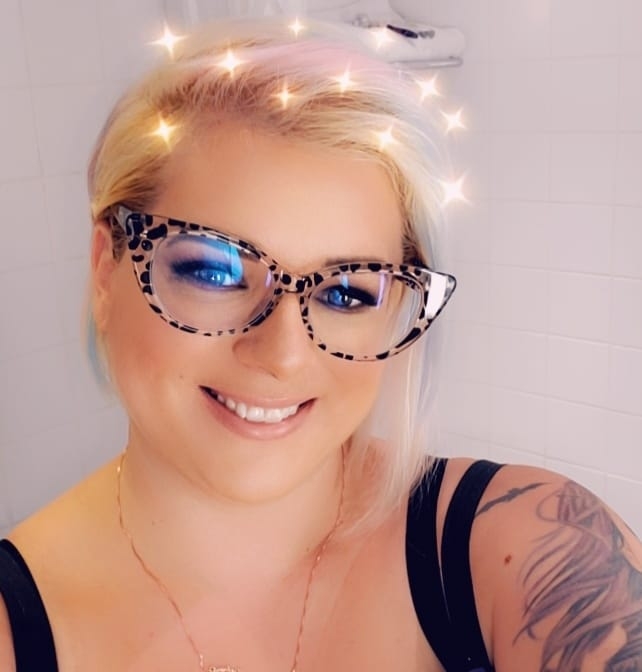